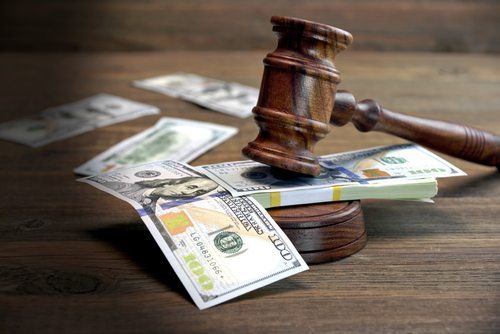 Financial problems can happen to anyone, even famous people who have made millions of dollars. Here are 5 celebrities who went bankrupt, and what you need to do if you are experiencing money troubles yourself.

This 1950’s actress made millions for her acting roles, but she seemed to always be plagued by financial woes. Her second husband lost a large portion of her fortune after making bad investment and gambling decisions. He and the star divorced and she recovered somewhat, but bought a casino that experienced cash flow problems from the beginning. Left without much, Reynolds had to sell all of her possessions and declare bankruptcy in 1997.

Well known rap music producer Suge Knight made millions of dollars by producing the records of famous rap stars like Snoop Dogg and 2-Pac. However, he was accused of cheating Lydia Harris out of half the stake in Death Row Records and was ordered to pay her $107 million. With just $11 in his bank account in 2006, Suge filed for bankruptcy. However, he managed to recover and opened another successful record production company.

This famous lottery winner struck it big in 1988 when he won the national lottery for $16.2 million. Instead of investing the money wisely, he blew it on frivolous purchases like multiple vehicles, expensive electronics, and three homes. With nothing left, he filed for bankruptcy and became depressed, alleging that the lottery ruined his life. In 2006, Bud passed away without any assets or cash left.

In the 1990’s, Kim Basinger was one of the most well-paid actresses, earning roughly $10 million per role. She purchased the town of Braselton, Georgia in an attempt to turn it into a lucrative tourist spot. However, things took a turn for the worse when she was sued for $8 million for pulling out of a movie contract. She filed bankruptcy and sold Braselton, GA for only $1 million, a whopping $19 million less than she originally paid.

Well known singer and songwriter Willie Nelson made millions, but also had millions of dollars in back taxes. The IRS sued him to the tune of $16.7 million in 1990, seizing all of his assets. He even sold a double record specifically to raise funds to pay his tax bills. However, Willie in turn sued his accounting firm and won, allowing him to pay back the tax debt he owed in full by 1993.

What to Do If You Are Struggling With Debt

Whether you have millions of dollars on the line or not, struggling financially is stressful and overwhelming. You can get back on track today with the help of an experienced Florida bankruptcy attorney. Call today for a consultation to discuss your situation now at (904) 354-6604.